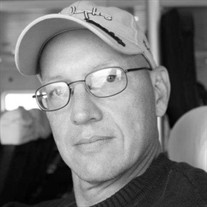 James Ray Jones Jr. (Jim) was born on September 11, 1965 in Longview, Texas. He was the oldest of three kids born to James Ray Jones Sr. and Shelby Jean Jones. Shane Jones and Chris Jones are his younger brothers and he has an older brother from Shelby’s first marriage, Randall Gentry. At a very young age, the Jones clan moved to Charlotte N.C where Jim spent his childhood. During his younger years, Jim played various sports and he excelled at all. He loved football, basketball and baseball and was a huge Dallas Cowboys fan. Along with his exceptional athletic abilities, he had innate artistic and musical talents. He had a passion for painting and drawing which allowed him to create some extraordinary artwork. His masterpieces were admired by family, friends and all who had the opportunity to see. Jim was an avid lover of multiple genres of music. The most influential of these was the rock band, Rush, which I believe fueled his love and desire to become a phenomenal bass player. He always strived to be the best at whatever he did and music was certainly no exception. He played in numerous bands and was certainly the best bass player I ever had the honor and privilege of playing with. I think most of his former band mates would share the same sentiment. Jim received numerous awards for his artistic and musical talents and was offered full college scholarships for both, although he declined. When Jim entered the workforce, he spent several years in the restaurant business which turned out to be the perfect environment for his intoxicating personality. His unique and outgoing personality cultivated an unprecedented number of friends and acquaintances. He had an infectious smile and laugh that would just light up a room. He was a people pleaser, a jokester and did his best to bring a smile to someone’s face. He befriended all he came in contact with. After getting burned out with his career choice, Jim decided it was time for a change and enlisted in the U.S. Army at the young age of 27. Although many questioned this decision, Jim knew it was the right move for him. His early years were spent as a tanker but the majority of his time was spent as a career counselor. He was able to mentor many people not only on career choices but the numerous decisions we are faced with throughout our lives. People respected Jim and held high regard for the advice he was able to give. Jim loved what he did and he served his country well. He was stationed in Ft Carson, Ft Knox and Ft Hood and spent time in Italy, Afghanistan, Bosnia and volunteered for three tours in Iraq. He gave 23 years of his life to serve his country and retired on March 16, 2015. Jim has two amazing sons, Kyle and Caleb Jones. He was a loving father and he took extreme pride in his two sons. He spent quite a bit of time coaching his son’s sports teams. Jim had a huge heart and would do anything for his kids. Not only his kids, he was an inspiration to the other kids on his teams and became a father figure to those that were less fortunate. He touched many lives and will leave a forever mark in the hearts of those that knew him. He loved many and many loved him. Jim left this world on August 8, 2020. He was preceded in death by his mother, Shelby Jones. He is survived by his father, James Jones Sr., his two sons, Kyle Jones and Caleb Jones, his brothers, Randall Gentry, Shane Jones and Chris Jones, many aunts, uncles, nephews, nieces, cousins and friends.

James Ray Jones Jr. (Jim) was born on September 11, 1965 in Longview, Texas. He was the oldest of three kids born to James Ray Jones Sr. and Shelby Jean Jones. Shane Jones and Chris Jones are his younger brothers and he has an older brother... View Obituary & Service Information

The family of Mr. James Ray Jones Jr. created this Life Tributes page to make it easy to share your memories.

Send flowers to the Jones family.